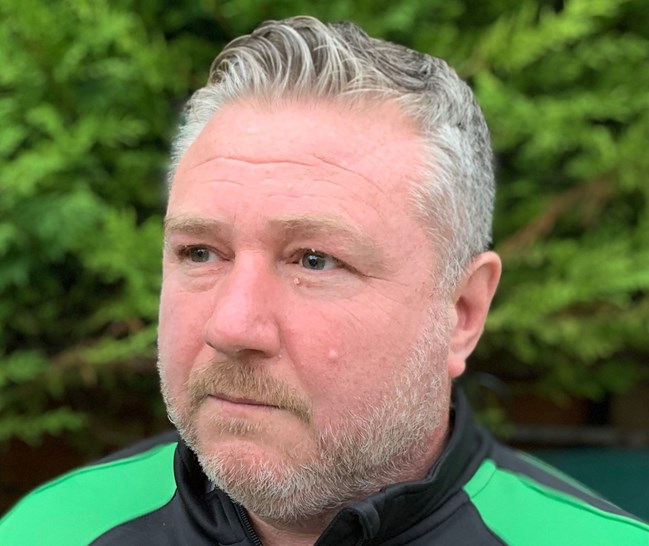 Head coach Neil Gaffan is persevering with his plan to unite Saffron Walden RFC as well as promote a “really positive and self-fulfilling culture at the club”.

The 46-year-old played his entire career at the London Two North outfit and since being appointed into his new role in the summer, is doing his bit to keep the momentum going despite the season having been scrapped because of the Covid-19 pandemic.

Until this latest lockdown, Gaffan’s plan was working and he hopes that enough progress had been made to ensure players will come back in December to salvage whatever they can in the hope of playing friendlies next March. “We’ve had to stop again and it’s a shame because we started getting some good momentum,” said Gaffan.

“It is what it is though and we have to do what we have to do.
“Hopefully we have given everybody a good experience and fun which will make them want to come back again as soon as we are allowed to.”

Gaffan, who as a player started out as a centre and worked his way down the numbers to tighthead prop, has worked tirelessly behind the scenes and reflecting on the past few months, he explained: “Initially when I was organising the pre-season and the early part of the season, it was when we thought we might get some games in pre Christmas.

“I was softly, softly bringing in strategy game-plans and tactical stuff, but then as soon as we realised that was not going to happen and the season got annulled, it was a case of changing the complete plan of what we are trying to achieve this season.

“So I basically wanted it to make it a fun place to be, especially for people who have to sit behind a desk most of their working day, and especially for a lot of them being at home now. I wanted to give them a place where they can come out, get outside, do something active, have a social catch-up and basically create a really positive and self-fulfilling culture at the club.

“Since the season has been annulled that has become even more important.
“It’s about mental wellbeing, 100 per cent. A massive part of the game people miss out on, even in a normal season, is the mental welfare of players. In the amateur game and grassroots, even more so, people have remote issues and they use rugby as an escape or a way of dealing with it. Now with it being a bit of a pressure cooker in life at the moment too, I think it’s even more important.
“We have to have an environment where people are having a good laugh and also, being able to vent a little bit where they’re allowed to.”
The fact retired players are dusting off their boots and stepping back into the fray shows what Gaffan is doing is working.

He added: “I took over as a head coach to finish the end of last season. And whether by chance or whether it was by design, a lot of players who had retired started coming out of the woodwork, and suggesting they would come back and play under me. These players and not paid or contracted. The only way they are turning up on Tuesday or Thursday nights is because thy love the game and enjoy being with the people and doing what they’re doing.”

Gaffan, who coached as director of their development squad before returning to Saffron Walden, is just sorry he hasn’t been able to begin a season that would have been so interesting from his point of view.

“We looked like we would be fighting relegation over Christmas last season, and then started really turning on the performances. We narrowly missed out on some games against top-of-the-table teams, by like one point, literally with the last kick of the game in two of them. And we looked like we were really going to put some momentum on until the end of the season.


“I thought we’d finish top five. Then we came crashing down [Covid-19] which we couldn’t do anything about.
“We’ve recruited so many new players that we’ve really got strength at the club and I’m devastated we haven’t been able to put anything on the pitch this year.”
For now he is focusing on the ‘one club’ ethos.

“From an external perspective, I look at clubs and see from children up to first 15 rugby, there is a disconnect,” he said. “From minis to youth, youth to colts, colts to seniors. I’ve brought in a new ethos. We have first-team players coaching the minis and the youths on a Sunday. We want to involve the minis in games, as ball boys, and bring the club together as one.

“We even have a first team kit that’s identical to the U6s . I want that U6 lad to look up to that first-team player and want to be him. You want them to have someone to look up to.”