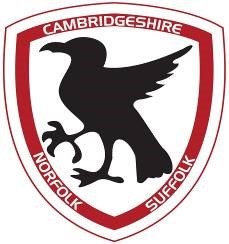 You will no doubt be aware that the RFU are releasing provisional fixture lists for Leagues down to Level 8 (London 3EC) and placing them on GMS by 17:00 tonight.

Currently, we are still at ‘Stage B’ of the ‘Return to Community Rugby Roadmap’, and have no firm date for a return to playing, so the fixtures are merely an indication of what could happen when the brakes are released. You will know that each league has been divided into two ‘conferences’ with the aim of reducing travel time, increasing revenue to clubs by providing local ‘derbies’ and providing flexibility in the event of further disruption to the playing programme- for instance, if lockdown is re-imposed.

It is not clear how or if promotion and relegation will be worked out if the season is shortened, but I am sure this will be made clear at the time of resumption.

I should also mention that the Community Adult Game Review, which has continued to progress and which was explained in Webinars which some of you attended, may result in changes to the leagues for season 2021-22 although there are, as yet, no firm proposals and there is ongoing discussion and consultation. As and when there is anything definite to communicate, we will be in touch.

As far as EC Leagues are concerned- i.e. EC1,2,3- we have decided to delay issuing fixtures until we have some clarity on the playing restart date. The exact format of the EC1 first and second phase will obviously depend on the number of playing weeks we have available; it may be, for instance, that we can run both phases as normal, or we might have to rely on the table from the first phase to produce play-off candidates for promotion and there could well be other permutations! We undertake to let you know as soon as we can make decisions on this.

Whilst writing, I should inform you that, due to an unprecedented number of first team players leaving the club or carrying long-term injuries, Crusaders RFC have withdrawn from the League (London 3 EC) and have re-joined in EC2N, the lowest, regulated league (as opposed to a Merit Table). Clearly, Crusaders did not take this decision lightly and it was only confirmed after full consultation with their remaining players and ratification by their Management Committee; we wish Crusaders well in EC2.

I know that many clubs have, at least partially, opened their club houses and started training under the guidelines issued by the RFU; I would like to wish you all well and hope that your preparations bear fruit with a swift return to (safe!) playing.